If you want to get involved with a community that’s building tools to impact crime and public safety, we’d love to meet you at Hack the Police.

We have a problem.

You know someone who has been recently burgled.

That’s where you come in.

A significant part of policing is done on the streets. Until recently, everything was done on paper because police officers had no access to mobile devices. This meant that they had to return to the police station and spend hours copying out what they’d written into crime reports.

This is changing. Some forward-thinking police forces introduced digital notebooks a few years ago, others have been trialling mobile phones and tablets. Here in London, police were recently issued with tablets as part of a force-wide rollout. It’s creating exciting opportunities to trial better ways of working and new solutions on the streets.

In December we’re holding Hack the Police. It’s our annual hackathon and it’s taking place in Lincoln (Dec 1–2) and London (Dec 8–9). It’s a chance to meet police officers who spend their days pursuing criminals, protecting victims, and helping vulnerable people; and to build a prototype for something new that just might impact someone’s life. 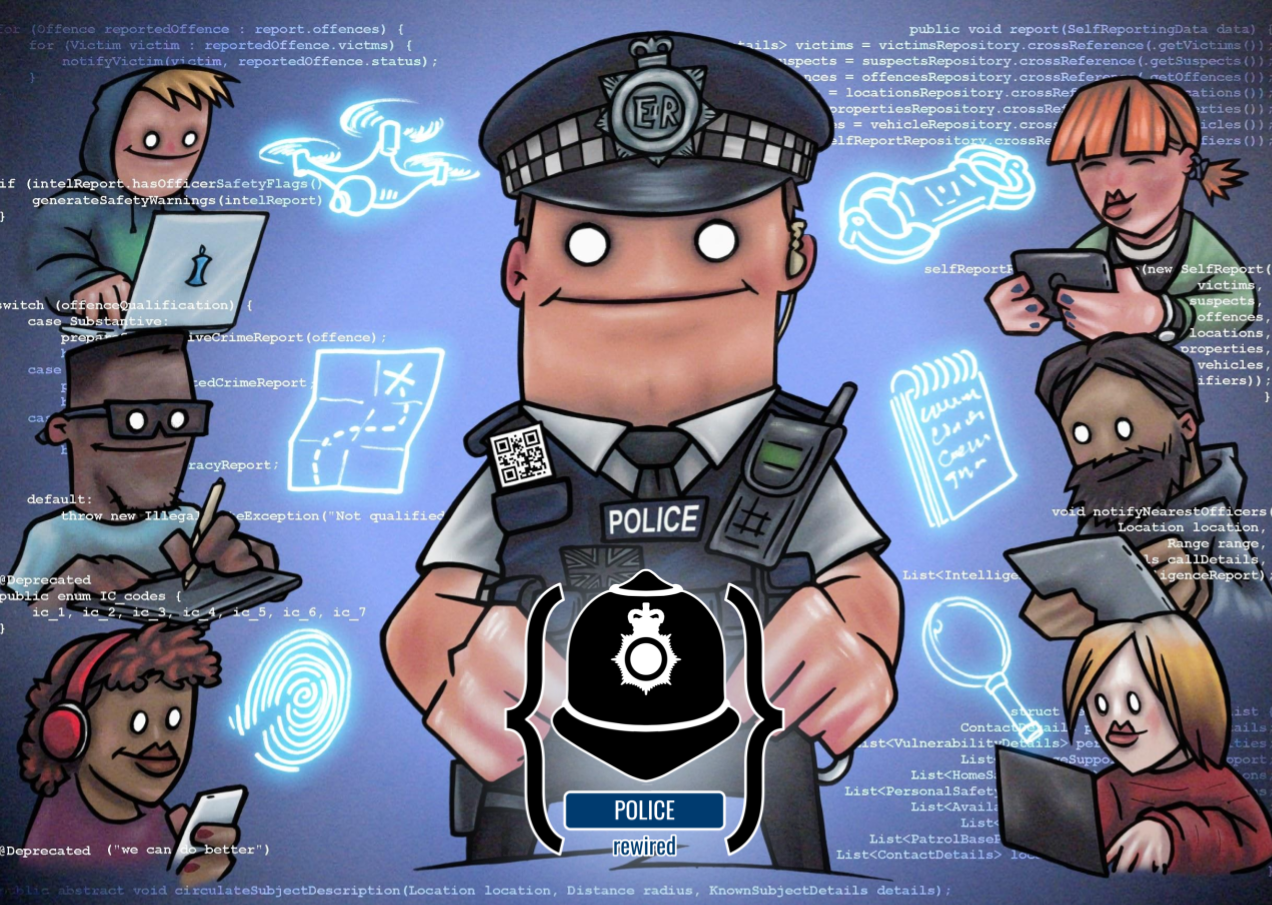 I’m Lewis Westbury. I’m a mobile apps developer, and I’ve been a volunteer police officer for nearly a decade.

I was on the tube when I saw a advert that said “last night a DJ saved my life”, and I signed up that day.

During my time at the Metropolitan Police, I discovered just how involved police are in so many social issues that you won’t ordinarily think were police problems. They’re on the front line and encountering homelessness, alcoholism, drug dependency, poverty, abuse and fraud…

When I first joined the police I was shocked by how much of a hindrance the technology was. I worked with a group inside the Metropolitan Police to push for positive change, and that led me to understand that the best hope for fresh ideas was to open up what we do and work with the developer community at large.

In 2017, working with some great people, I formed Police Rewired to create opportunities for volunteers to get involved in policing technology and innovation. We’re building a community of civic-minded technologists, developers, designers and creative problem-solvers who want to build and take ownership of new tools to make people safer.

This year we’re partnered with CSCV (the Cyber Specials and Volunteers programme) and Police Now (the policing graduate recruitment scheme), and several great sponsors without whom Hack the Police would not have been possible!